After your plane have successfully arrived and you are done with all formalities and got your luggage back (it is not so hard, you know), you will have to choose how do you want to get to the most romantic city on the Earth (and the capital of France, by the way).

There are bus lines, taxi and others more or less convenient ways to do this, but we recommend you not to waste your time in a traffic and use the local train lines, so called RER.

Though, if your plane lands early in the morning or late at night – you’d better think about getting yourself a taxi or a transfer car from your hotel – it would be much easier and safer this way, though it may cost you some 60-70 euros that is sometimes a bit too much. However, at least you will be met by a member of the hotel personnel at the airport who will carefully guide you to the door of your room.

So how do I get to Paris on RER train?

Well, RER trains are considered as the most convenient way to travel around Paris for the reason that their stations are practically everywhere and let you travel fast and safe (and the trains on the line “B” are also warm and comfortable). Fortunately for you, there is a line “B” station at the airport. Actually, there are even two of them, one for the each of terminals, but since our instruction is pretty much universal, you may go to any of them, just pay attention to the fact, that “Charles de Gaulle-1” is not the final stop on the line “B” and “Charles de Gaulle-2” (the one we recommend) is it.

After you quit the landing zone, you have to look for the signs like this, with a RER mark on them. 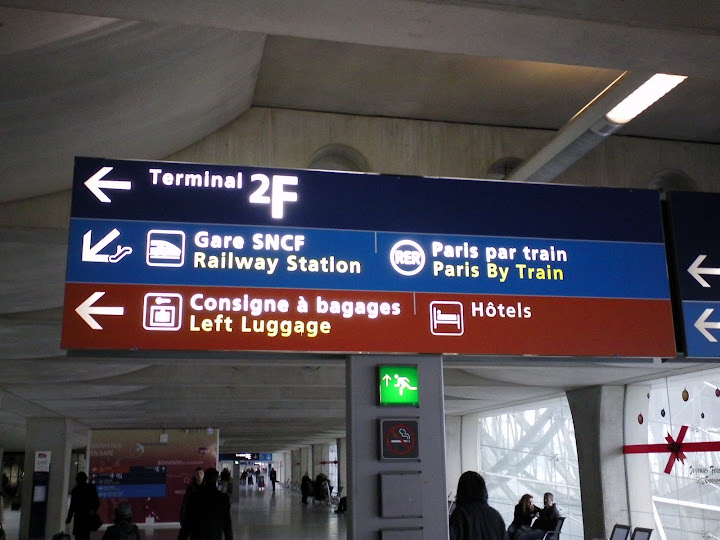 It is important, since there are other lines and only RER is your fastest way to Paris. After you have found the sign just follow the directions indicated on it and you will get to the train station. Keep in mind the fact, that in Charles de Gaulle the local railway station and RER station are combined, so try not to get on the train that goes, for example, to Marseille. You need the RER station and the RER train.

How to buy a ticket for the RER train at Charles de Gaulle airport of Paris?

That is actually pretty easy – after you get to the station, you need to look around and find a ticket machine, which has an instruction in French, English and Spanish. Here’s the English one: 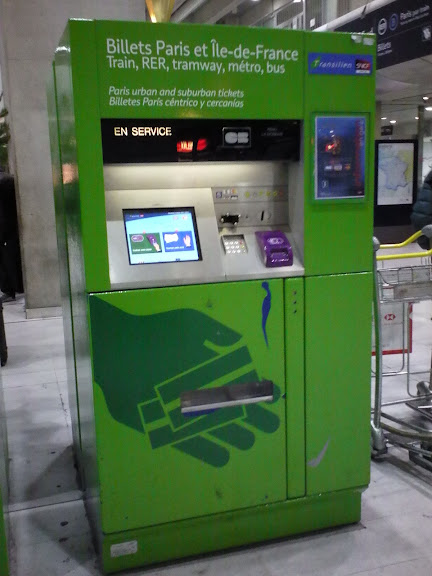 Choose your language by tapping the flag of your country 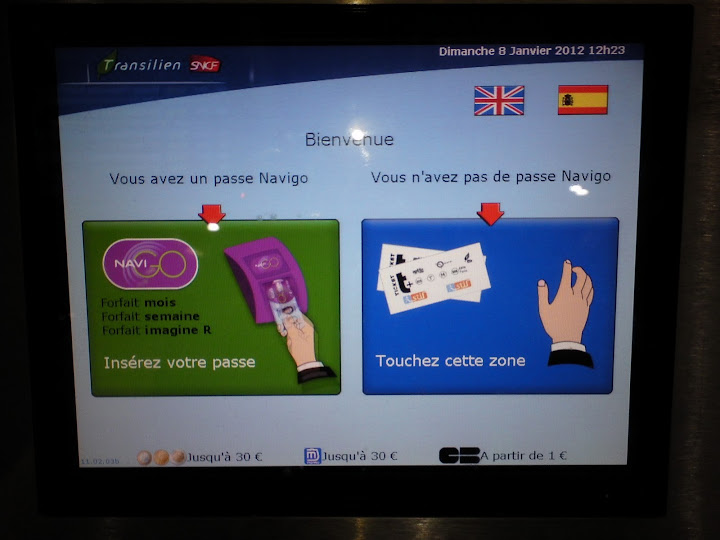 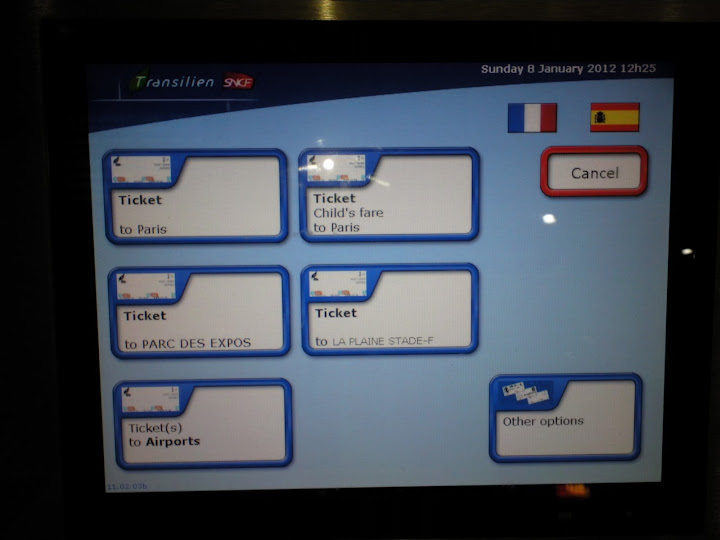 Choose the amount of tickets you need 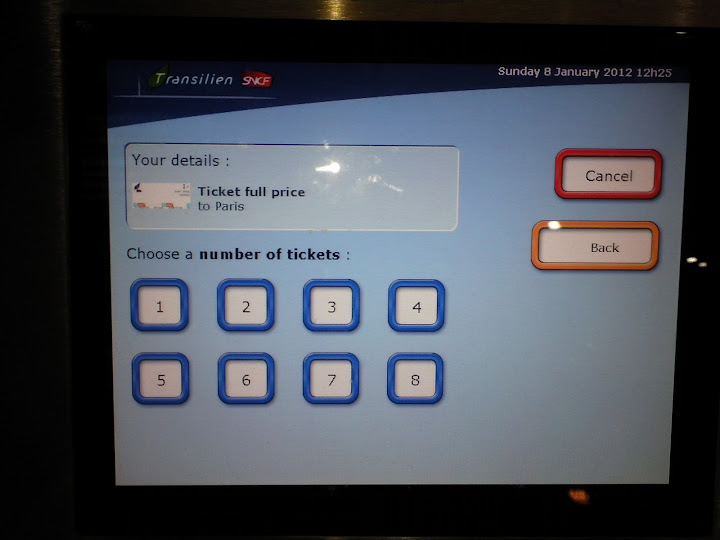 Pay in cash, since it is unlikely you have a card of any French bank and that’s the only thing these machines accept. 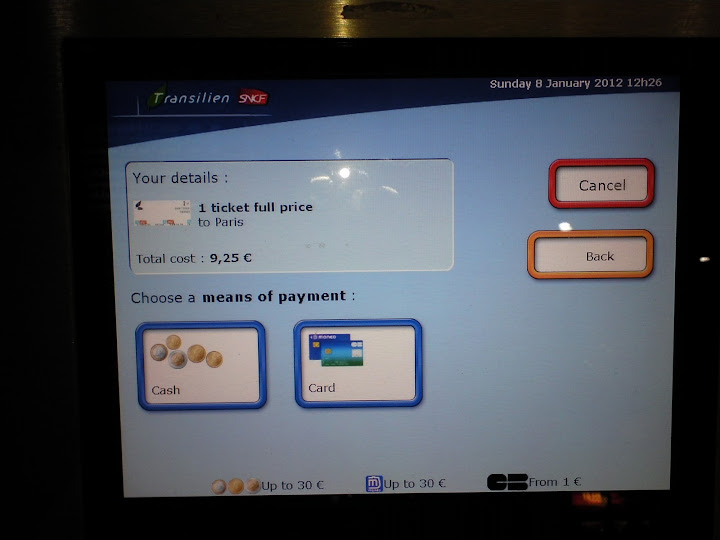 If you are unable to pay in cash, you may go to the ticket office nearby or you may try to get some cash from the local ATMs that are located on the station and may be more acceptable when it concerns foreign bank cards. 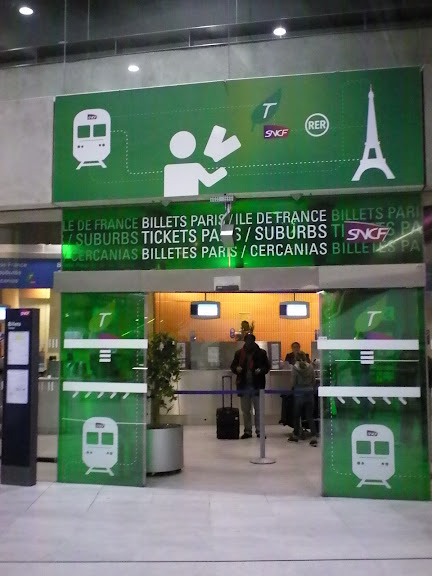 IMPORTANT: There are several types of ticket machines and ticket offices on the station. You need to look for those that have a sign “Billets Paris et Île-de-France”. If you cannot find an open ticket office and cannot use the machines, go to the local information desk – you will definitely get some help there and also a map of Paris metro lines. 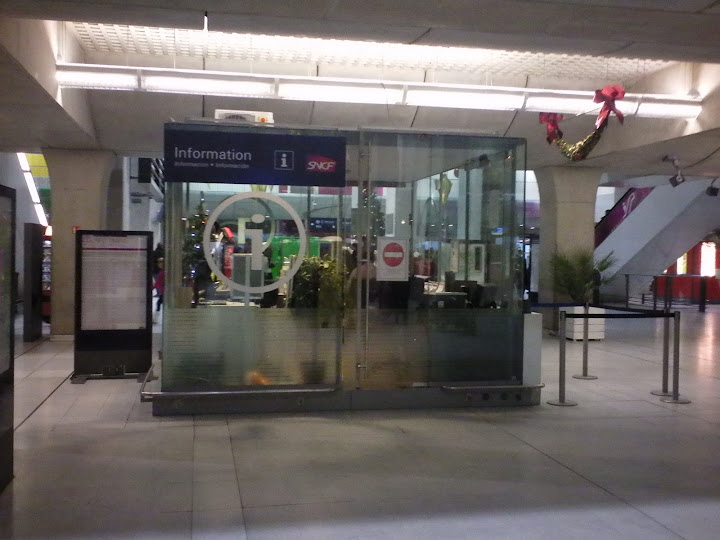 After you are done with the tickets, get on the train and just sit tight until you reach Paris – “Charles de Gaulle-2” is the final stop of the line “B”. 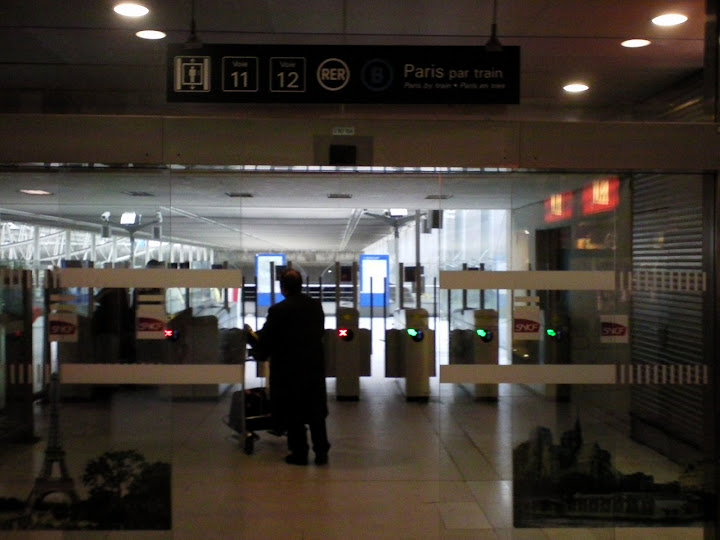 Anyway, you do not need to worry about getting on the train going in the wrong direction. Just make sure that you are on the RER station and are getting on the RER train. The first station In Paris will be “Gare du Nord”. You can get on another train there or go down to metro station. It actually depends on where you need to go in Paris. If you are not sure – use the map you got at the information desk. 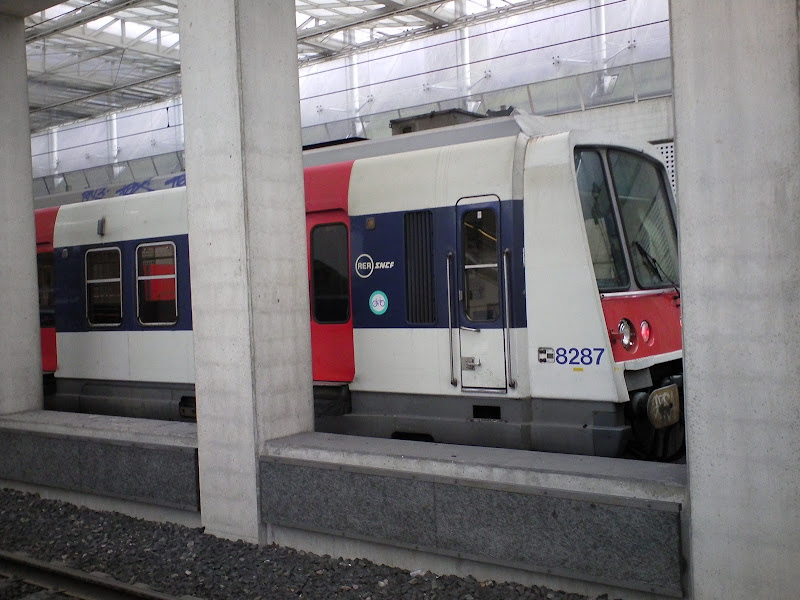 How to get on in Paris without money? Ten tips.

What kind of Paris Metro tickets it is better to buy?

What to look out for in the Louvre. Ten masterpieces.

How to get from Orly Airport to Paris
Добавить комментарий
Где остановиться в Париже
Где жить?